I committed the ultimate blogging sin earlier this week.

After happily harvesting 7 beautiful green bell peppers from the garden, I hurried to the kitchen to begin making my stuffed pepper recipe. I knew it was something I was going to want to share here on my blog, so I took a little snapshot of the peppers as I was getting started.

I placed the prepped, stuffed peppers in the fridge, because I had to take the kids to karate. I had Hubberman pop them in the oven while we were gone, and by the time we got home, the smell of the delicious peppers was heavenly to our hungry family. We dove in and enjoyed those peppers thoroughly.

Without taking a photo of them before we ate them.

I promise I will post the stuffed pepper recipe eventually, preferably with a photo. Thankfully, I did still have two more peppers waiting in the wings for another recipe this evening. And so I present to you…(after the longest intro in history…)

juice and zest from half of a large lemon (about 1/4 cup of juice, or more to taste)

1/4 cup fresh parmesan cheese (asiago would be yummy too)

Start a large pot of water to boil for pasta.

In a large pan, heat olive oil with garlic until fragrant. Add peppers and onions and saute until crisp tender. Remove from pan and set aside. Keep your pan handy, you’ll need it for the sauce in just a bit.

By now your water should be boiling. throw in your pasta and boil for 10-11 minutes for regular sized penne.

Meanwhile, in the still warm pan, add your cream. Heat the cream over medium/high heat to just boiling. Immediately turn down the heat and then add the lemon juice. The sauce should thicken as you stir.

Add your cheese and salt to the sauce.  Stir until cheese has melted. Add back the peppers and onions, and add the cooked chicken and heat through.

Drain your pasta and add the penne to your sauce and toss to combine. Top with more cheese and cracked pepper if desired.

Gardener, Baker, Disgruntled Cat Wrangler. I blog about all three at Clover and Thyme. View all posts by Becky 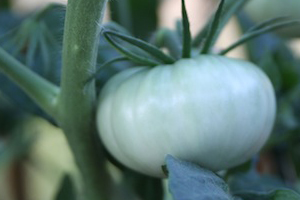 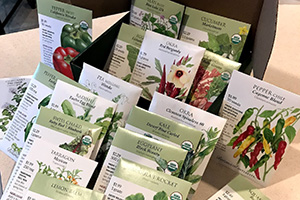 Monday afternoon with a cat that’s become way more lap-catty in his old age.
Beating the heat with a beautiful morning hike…first day on the trails.
Phillies Homer Hat for the almost birthday boy! 89 on July 30th!
Buddies.